What Spookiness Lurks In Your Backyard? 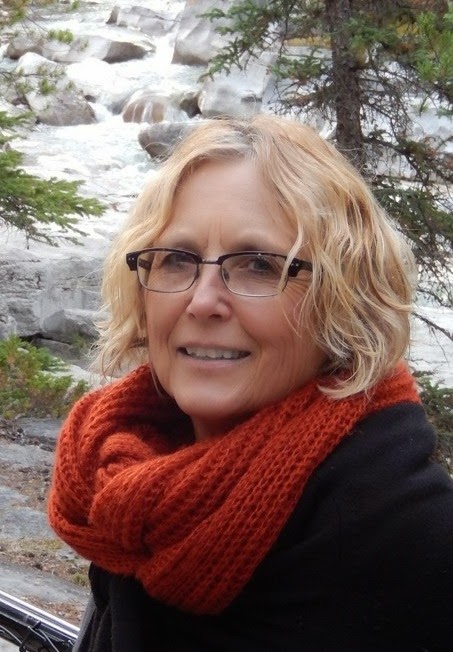 
I’m a California beach girl who loves those cowboys. My firefighter husband and I love to travel and spoil our two little grandsons. We just got back from New Orleans and Savannah! God has greatly blessed us with happiness and health and I’m humbled to have won a couple of writing awards. Find me at www.tanyahanson.com

What Spookiness Lurks In Your Backyard?

One never knows what spookiness lurks in your own backyard! And being October, well, I wonder if the vibes are eerier when we get nearer to Halloween.

Now I’m not talking about bodies buried in Gramma’s garden, or skeletons in the attic. I mean, local places with their own ghostly cachet.

Like the San Buenaventura Mission of California’s central coast, not far from my homestead. It was established by Franciscan padre Juniper Serra in 1782 (his last) and is sometimes visited by a gray-robed spectral monk! It’s been going on for years. A local woman, awash in family troubles, had just lit a candle when she saw the monk by the church door. He was dressed in flowing gray robes tied around his middle. Although certain she was at church alone, she was not convinced he was a spirit--she even reported feeling warmth emanate from him. But as soon as he smiled at her, he disappeared.

Hmmmm. How about ghosts in a church? What do you think about that? Or about spooky stuff in general? 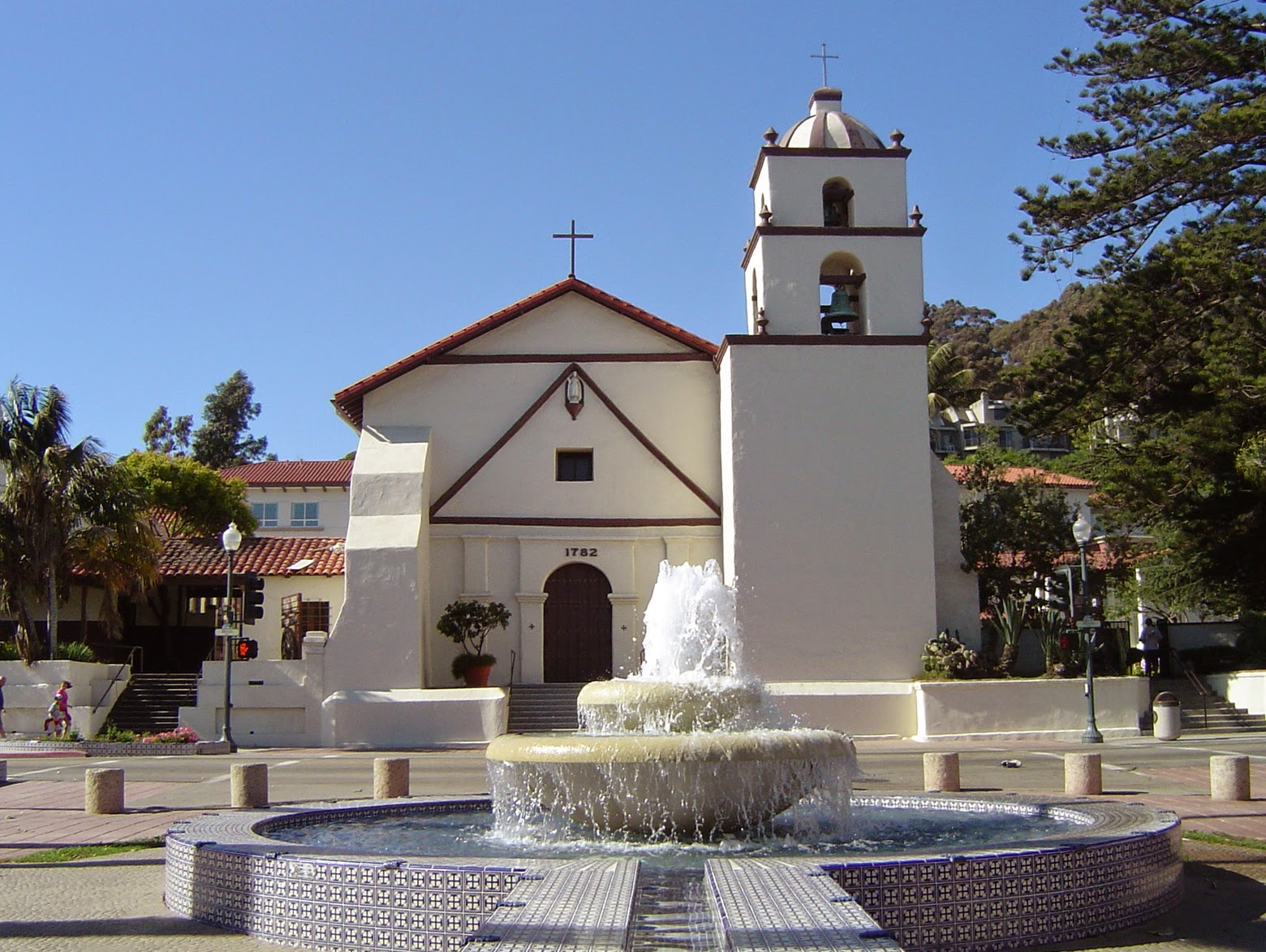 But that’s not all you get today. I am thrilled to have been invited to be part of the Halloween anthology from Prairie Rose Publications. 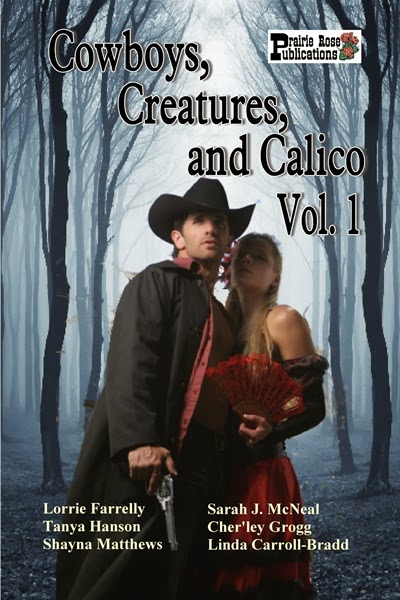 Cowboys, Creatures and Calico, volume one

Wow, did I have fun writing my first-ever creep-fest. Here’s some  quick words on my story, The Bridesmaid:

It ain’t all white lace and a wing-ding 1880’s bacherlorette bash. There’s a woman drowning in a well.

Except the well is dry...

Four nights in her dreams, a handsome cowboy tries to kiss her...letting Lydia think she's close to finding true love. Off to Colorado for her friend Milly's wedding, she's stunned to realize her cowboy is...Milly's bridegroom.

She's standing right in front of him, the beautiful woman Garner has ached to kiss for four long nights. Milly's bridesmaid. Can he betray his bride...even as his love for Milly turns to terror? 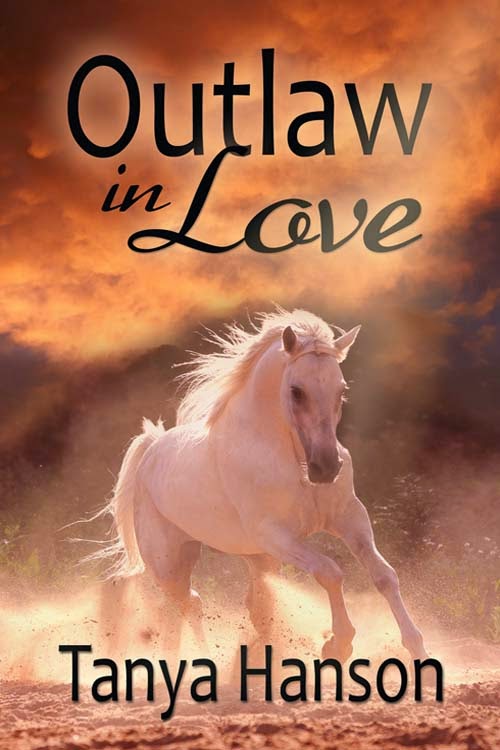 And if you don’t mind, since I have your undivided attention, here’s a word or two about my other new release. Outlaw Ahab Perkins has run roughshod through many of my books at The Wild Rose Press, so I reckoned it time to settle down this charming bad boy and let him find his soul and true love.  Which he finally does in Outlaw in Love, last in a trilogy.

On the run from his gang, having robbed his own sister, outlaw Ahab Perkins has no place to go but good. He’d give his heart to Teresa in a single beat...if the beautiful woman in gray weren’t a...nun.

Unbeknownst, Teresa Avila is as wanted as Ahab, hiding out in disguise at a rundown mission. After her crimes and her evil stepfather’s abuse, she’s convinced she’s not good enough for any man, not even the outlaw she’s falling for.
Enter a burned-out homestead, an abandoned little girl and a kindly sheriff...can both find love as they guide their souls out of darkness?

Give Away Alert!! Tanya will be giving way a Kindle copy of the Cowboys, Creatures, and Calico, volume 1 anthology to one commenter and a Kindle copy of Outlaw Love to another commenter.  Be sure to include your email address to enter.
Posted by Sarah J. McNeal at 12:30 AM

A haunted mission really seems comforting instead of scary, especially since it's a monk who haunts it. I wonder why a gray robe instead of brown?
I haven't read your story in the anthology yet, but I know it will be a good one as always.
I'm glad you were able to post on the TRR blog. All the best to your corner of the Earth.

Hi Tanya, a nice article for upcoming halloween. I live in an area that is loaded with ghostly tales. All the best for you and your writings.

Hi Sarah, thanks so much for inviting me here today. Your support and friendship mean so much! Xo

Hi JoAnne, Thanks for stopping by! I have a book of eerie local things, and this tale struck me....the. Is ion is so peaceful and full of gardens. We were too tired after busy days to take a ghost tour in New Orleans....how home, I linda wish I had....

Hi Tanya! Forget about the backyard, we have spookiness lurking right here in the house. Our cottage is locally known as "Mrs. Pritchett's House," (a little old lady who lived here for many years and apparently used her slingshot to shoot rocks out the kitchen window at neighborhood dogs). Since moving in 12 years ago we have the occasional flickering lights, opened cabinets and closed doors. Sometimes the wine bottles get re-arranged in our rack. Usually a nicer vintage is mysteriously moved to the top, which I take as Mrs. P's way of saying, "Life's short. Drink the good stuff now!" Who am I to argue?

Congratulations on your Halloween Anthology!

Hi Tanya! Love the post - and seems harder to believe ghosts DON'T exist than that they do, so many people have experienced them. Love the dilemma your poor bridesmaid and groom find themselves in, too!

Yowzers, Sam! You gotta get those details in one of your books! Shivers....tat least she isn't drinking up the wine LOL thanks so much for stopped ng by! Xo

Dang, sorry for all the typos. My iPad is behaving badly today, grrrrr.

Hi Kady, thanks so much for the post! I have a whole book of local haunting, which is fun to read considering it's mostly kinda sleepy and boring. My couple does have a happy ending in spite of everything LOL.

Tanya, sorry I'm late! Just wanted to say how much I enjoyed your story, THE BRIDESMAID! I did not see that ending coming at all. Wonderfully spooky tale!
Hugs,
Cheryl

Hugs back, Cheryl...it's the best having an editor like you who encourages and inspires! To be honest...the ending kinda snuck up on me after I thought I was done. LOL.

Many thanks to my friend Sarah for letting me visit the Romance Room,today! Xox

I'm late to the party. Got galleys yesterday. Done. Whew! Anyway, I think a church is the perfect place for ghosts. I'd rather them visit there than hover in my backyard. : )

COngrats, Robena...that's a load off. I can't to read it. Hugs...thanks for stopping by today.

I'm in a dash, off to Hawaii in a few hours. I will draw and pick winners tomorrow. Okay? Post 'em...