Miriam Newman on Writing the Next Book in a Series

Writing a series isn't as easy as it may seem. Miriam Newman gives us some insights into developing the next book in a fantasy series. Here is what she has to say: 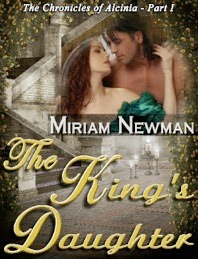 Writing Ice Maiden, Part III of The Chronicles of Alcinia, was almost a foregone conclusion.  The first book of the series, The King’s Daughter, laid out all the history and background for what was to follow.  Part II, Heart of the Earth, ended  the story of Queen Tarabenthia of Alcinia, much beloved of her time.

But what of her children?  And what of the many lands in which she lived?  Most of all, what of her eldest son, perpetually restless warrior son of a famous general?  Where in this mythical world was there a place for Simius Magistri?

The answer to that question took a long time to formulate.  It was several years, in fact, before I realized that although I might have thought I was finished with the Chronicles, they were not finished with me.

In Ice Maiden, Simi’s wanderlust has taken him to a large island known only in legend as the Land of Fire and Ice.  Of course, I needed a canvas.  Although I have never been to Iceland, friends have described a land that fit with neat precision inside the image forming in my mind.  Seduced by photos of incomparable stark beauty, I was hooked.

That is how the son of a general from sunny southern Omana comes to the Land of Fire and Ice from his adopted home in northern Havacia.  It is there that the prince of that land gave shelter to his mother, and where Simi was raised.  But his heart yearns for another place—one that can be his.  Lured by trappers’ tales, he sails west until, much like other explorers, he finally makes landfall and claims what he has found.   It is a land where waters run warm from the earth, where mountains of fire give life and death, where enemies lay claim to the shores.  And only when he has paid for his land in blood can the son of General Magistri lay claim to the beauties he has found and the heart of Sigra, the woman he loves.

I hope you will enjoy their story. 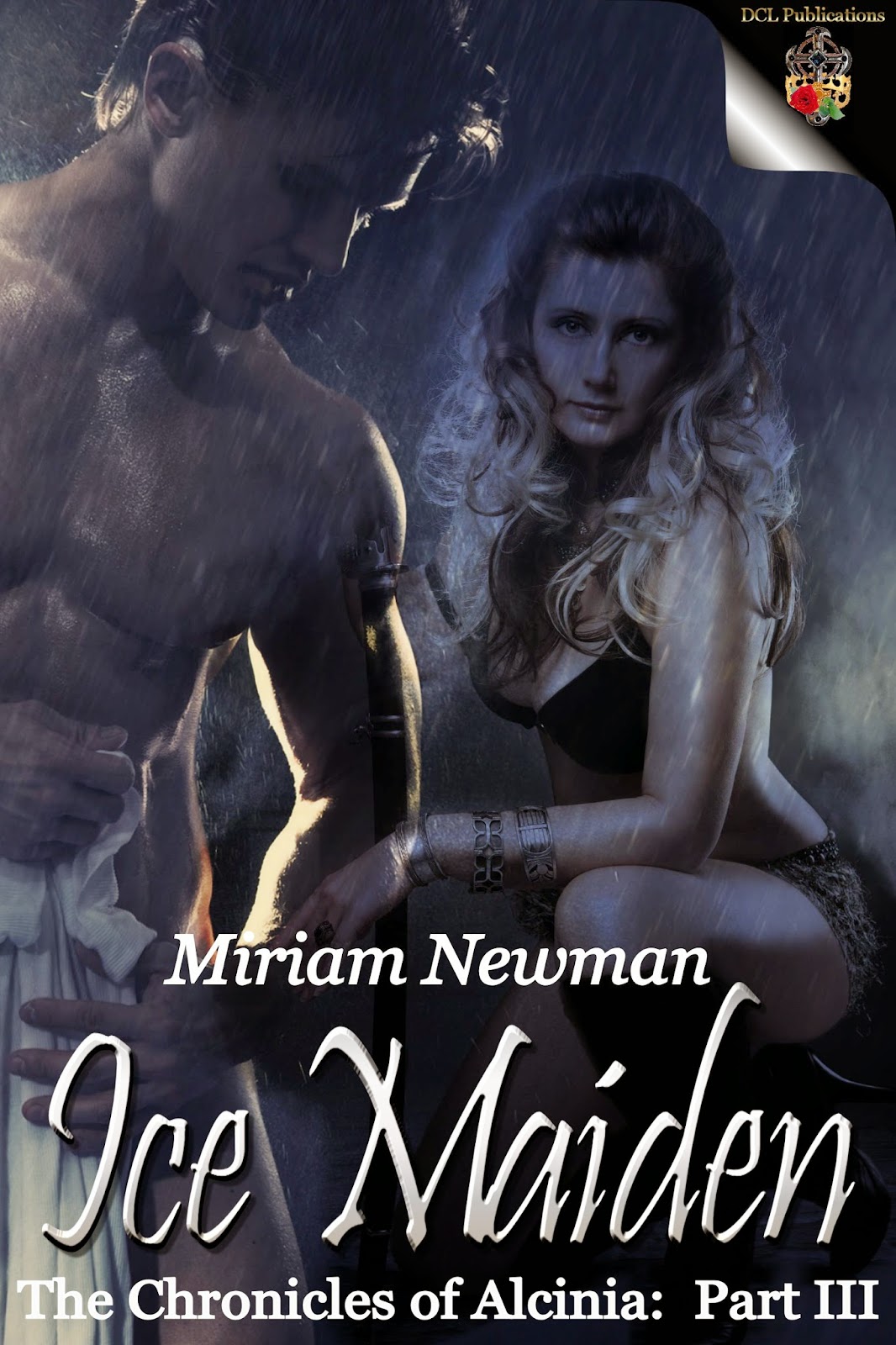 BLURB:  When a simple farm girl attracts the notice of the King’s half brother, it leads to a dazzling world of privilege, intrigue, passion and war.
EXCERPT:
Snow lay on the ground. It was only first snow, a taste of winter, but enough to let us follow churned-up prints and splotches of blood down the slope towards the beach. That was where our men had made their stand. I saw that the ships that had brought us supplies had been roped together to make a great floating platform and put out to sea away from the beach to intercept ships coming in. A second line—of men—seemed to have been deployed on the beach. There were bodies there and in the water with more washing up, and a few ships half sunk in the tide, their sails burned. Everything smelled charred.
There were Havacians and Omanis on the beach, helping the injured—ours, at least. If they were Armatican, that was their last dawn. No one would bring them to us for care.
My lord was easy to spot. He was taller even than most Havacians, and he was unhelmeted. I wondered with a sense of exasperation if he had even bothered to shield his head. That man was born for battle. Probably he had enjoyed it. Son of a general indeed. Now I believed it.
Regardless, I went down to him through small hummocks of bodies and battle gear strewn across snow and sand. All of the women were looking for their men, and now I was one of them.
He was flushed with cold and battle fever, still carrying a gory sword that he plunged into the snow as though cleaning it, but he was not. He didn’t want me to see the blood, but I caught his distinct look of victory touching on defiance as he did it. He was what he was, that look said. Take it or leave it.
This now blood-drenched island was not what I had ever envisioned as a home. He was not the man I’d thought of in my dreams. I had never had much time for dreams, anyway, and I wouldn’t now—there was going to be too much work to do. But I thought now I would do it with him.
Ice Maiden – pre-order link:  http://www.amazon.com/dp/B00PPTDKDK

CONTEST ALERT: Miriam will be giving away a digital copy of the first book in The Chronicles of Alcinia series, THE KING's DAUGHTER to someone who comments. Be sure to include your email address in your comment to contact you shuld you be chosen the winner.

Fantasy poetry driven by myths and legends has been Miriam’s passion for as long as she can remember.  She was published in poetry before catching the romance writing bug.  She brings that background to her writing along with a lifelong addiction to horses, an 18 year career in various areas of psychiatric social services and many trips to Ireland, where she nurtures her muse.  Her published works range from contemporary fantasy romance to fantasy historical, futuristic, science fiction and historical romance.  Currently she lives in rural Pennsylvania with a “motley crew” of rescue animals.  You can view her books at http://www.miriamnewman.com/Miriam_Newman/Books.html

I have The King's Daughter. Now all I need is the time to read it.
I like to read books in a series, especially if the subplot is a quest. I also like it when the author brings out the characters from the previous book/books as secondary characters.
The first book is the most important because it sets up the premise for the ret of the series. Keeping tract of all the details is essential, too.
I wish you every success with the these three books, Miriam. I know your characters must seem like family to you.
All the best to your corner of the universe...

Thank you, Sarah. These ARE my favorite characters--probably ever. Have a joyous holiday season!

I write what I would say is loosely a series. I've created two fictional places a city and a small town. I set most of my book in one or the other. Tie is the location and there's often loose ties between characters.

We do get tied to our characters, don't we? :-)
e.ayers
use my name to find me at
ayersbooks.com

Hi Miriam, your description of the battle aftermath with women searching for their men was as lovely as an after-battle can look. Congratulations on Ice Maiden.

Thank you, Jane. Not fluffy romance, but I do like my historicals. LOL.