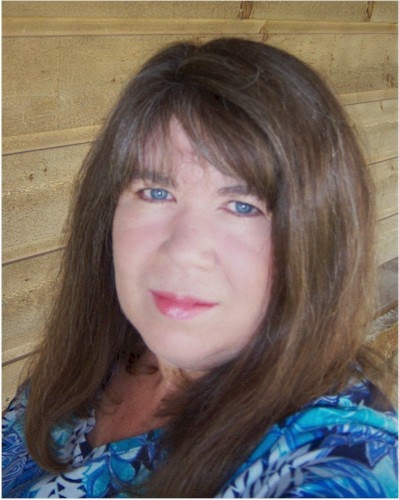 Lifelong Texans, James Reasoner and L.J. Washburn have been husband and wife, and professional writers for more than thirty years. In that time, they have authored several hundred novels and short stories in numerous genres.

James is best known for his Westerns, historical novels, and war novels, he is also the author of two mystery novels that have achieved cult classic status, TEXAS WIND and DUST DEVILS. Writing under his own name and various pseudonyms, his novels have garnered praise from Publishers Weekly, Booklist, and the Los Angeles Times, as well as appearing on the New York Times and USA Today bestseller lists. He recently won the Peacemaker award for his novel Redemption, Kansas. His website is www.jamesreasoner.com.

Livia J. (L.J.) Washburn has been writing professionally for over 30 years. Washburn received the Private Eye Writers of America award and the American Mystery award for the first Lucas Hallam mystery, WILD NIGHT. Her story “Panhandle Freight” a Hallam story, in The Traditional West anthology, was nominated for a Peacemaker award. Her story “Charlie’s Pie” in the Wishing For a Cowboy anthology won the Peacemaker. Her website is www.liviajwashburn.com. They live in the small Texas town they grew up in. 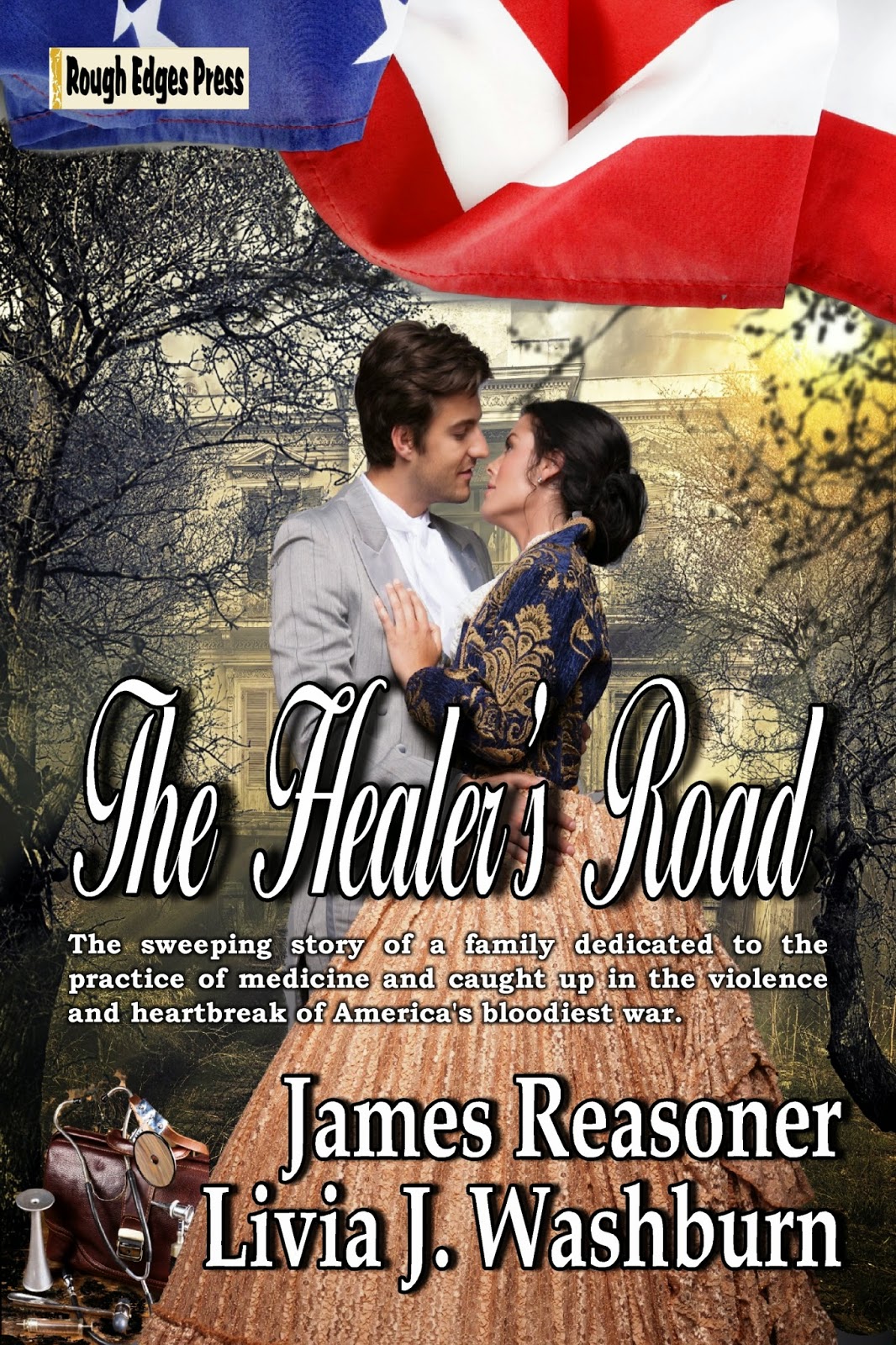 The sweeping story of a family dedicated to the practice of medicine and caught up in the violence and heartbreak of America's bloodiest war.

For more than thirty years, bestselling authors James Reasoner and Livia J. Washburn have chronicled the story of America in their award-winning historical novels. THE HEALER'S ROAD is one of their greatest sagas, the sweeping story of a family dedicated to the practice of medicine and caught up in the violence and heartbreak of America's bloodiest war.

Thomas Black rose from poverty, superstition, and tragedy to become a respected physician. His son John is reluctant to follow in those footsteps but is forced to do so by the madness of war. And Thomas's daughter Sara is the most devoted of all to healing the sick and injured, despite living in a world that opposes her every ambition.

From Boston to Washington D.C. to the battlefields of the Civil War, THE HEALER'S ROAD is a tale of triumph and loss, of courage and despair, of life and death and love and hate vividly portrayed by a pair of master storytellers. Long out of print, THE HEALER'S ROAD is now available again in this newly revised e-book edition.

After a moment the man leaned forward and dipped the pen in the inkwell again, then began to write.
Thomas Jefferson once said that the patient sometimes gets well in spite of the medicine. I might add, in spite of the physician, as well. However, there is no doubt in my mind that many individuals are drawing breath today who would not have been, save for the efforts of a doctor. Therefore, the practice of medicine is now, as it has always been, a noble and necessary one.
The man laid his pen aside and looked down at what he had written. After a moment he grunted and crumpled the paper, tossed it aside. The words sounded like an introductory lecture in the medical school he had attended many years before, not a heartfelt missive to someone he cared about very much. He took a clean sheet from a stack on the desk and began again, leaving off the formal address this time. He simply dated it February 12, 1866, wrote the salutation, and began:
Though I have not often said it, I love you very much and am quite proud of you. But never more proud of you than I am today. I applaud the course you have chosen and wish you all the best of fortune. You will doubtless need it, because the road you have chosen can be a difficult one. I know this because I have followed it myself. Once I was not a physician. In fact, I would have happily shot the first so-called doctor I ever met....
BUY LINKS:
Amazon Kindle
Smashwords

I think I should change the answer to the first question, What is the most adventurous thing you’ve ever done?

At age 19 I decided to marry James with the plans of building our own home. I had health issues and couldn't hold a steady job, but at times I was healthy. I wanted a home we wouldn't have to worry about having a mortgage. James thought I was crazy, but he was willing. So, having never built anything, my parents took pity on us and helped us build a home. We had enough in savings to cover the cost, so James and I quickly learned how to build a home from scratch. It was quite an adventure.

Livia, you are an inspiration! And I can't wait to get my hands on The Healer's Road.

P.S.>Thanks for adding publisher to your list of accomplishments! I'm so glad to be a part of the Prairie Rose Publications family.

Tracy, Publisher is one accomplishments I'm proudest of. Prairie Rose and Western Fictioneers have amazing authors, and I'm thrilled I get to be a small part of great books being published with the help of some amazing ladies.

You are in inspiration and I wish you continued success. Of course, I also appreciate your willingness to mentor and help other authors. That is such a gift you give to the world. Doris

I can't imagine what it must be like to lose everything in a fire. When my computer fried in the last Fandango, I thought I would lose all my work and my WIPs. I learned a hard lesson in back-ups. Fortunately, the geeks did save my work. Pictures are irreplaceable though.
That is the first time I have seen an author advise an aspiring author to have a day job and that success may take ten years--excellent advice though, because it is so true.
Your accomplishments are so numerous, but I think your best accomplishment is that you are such a warmhearted, generous person.
I have never written with a partner, and I probably never will. It takes compromise and a shared vision. That's quite a feat. I don't think I could ever accomplish that.
In your excerpt, I like how he changed in the second writing of the letter to make it personal and vulnerable.
All the best to you, Livia. Thank you so much for interviewing with me.

Livia, I keep learning new things about you! LOL I'm so glad you had this great idea for PRP and we can share it together. Not only are you a fantastic business partner, but even though I've never met you in person, I consider you one of my very very dearest friends.

Great interview--I loved the thought of you and James being young and just so determined to build your own house and your family helping you realize your dream.

You are one of the best people I know, and I'm honored to call you friend, and so very lucky to share this vision with you for PRP!

Hugs, and much love always,
Cheryl

Doris, you are sweet. Thank you.

Sarah, I appreciate you interviewing me. You had some questions I've never been asked.

I'm glad the geeks were able to save your work. It surely is horrible to lose half written novels, chapters and outlines of many novels that hadn't sold, short fiction and novels that hadn't sold, and photos of our kids growing up, but we also lost pets. To know we lost all our cats, a bird, and a dwarf goat because someone was burning brush when he shouldn't have and left it with embers that would get out. It still makes me angry.

James and I were both full time writers, and honestly there were times the money just ran out. Even when our careers were going gangbusters, we lost 3 series in one day. We learned that day to never put all our eggs in one basket. Now we have many baskets, but in this business you still have to worry.

It is different working with a partner, but we work well together.

Cheryl, you are the best friend a person could have, and I'm very lucky to have you as a partner. It's been a great year because of you. I look at all the books we've published just in one year, and all I can say is, Wow!

Livia--You might be one of the most interesting people I know. Your million dollar recipient is inspiring and heart-warming. Some neighbors down the road lost their home and everything in it about three years ago. He is Pawnee and an artist in making furniture from mesquite--and he buys pieces of real turquoise to imbed someplace on the piece--he sells it, but had several finished pieces in the house. He also wrote many Native American children's stories based on Animal folklore--all gone inside the burned up computer. So, knowing how they suffered, I can only imagine how you coped. That's when we began backing up everything from our three computers on flash drives, and we keep current ones in our bank safe deposit box--change about every month.
Thanks for the peek into your life.

Celia, the really sad thing is I went out the door that morning to take care of my parents, and as I was going out I told James we really HAD to do something about all the clutter. Now I know to be more careful for what I wish for. Luckily I had a flash drive in my pocket, that had a few random things, but James left both of his in the computer and grabbed the dog. That dog passed away last week at age 20. I find myself trying to help others more since the fire. We had so many friends, family, and complete strangers help us it helped our souls more than they will ever know.

Livia, not only are you one of the most caring and most talented people I know, but you're also one of the busiest. I think you have the "toughest" crown down without much competition. That whole formatting books before and after surgery thing still just floors me.

I'm privileged to know you, Cheryl and the rest of the Prairie Roses, and I'm tickled to death PRP is doing so well.

Livia,
What a great interview. You're a lady who has made her own path in the world. I admire that immensely. Thanks for sharing!!

This was an interesting interview. I always like hearing how writers work

What a wonderful interview Livia! To myself, I read a line of yours out loud as I walked through the house, the one where it said "my favorite author is my husband". My husband, walkino from a different room, kissed my forehead as he passed and said "thank you, how did you know I started writing that memoir". Hehe! Thought you would enjoy that! :-) ♡♡♡

Kathleen, you are the strongest lady I know and I'm fortunate to have you as a friend.

Thank you Kristy, at one time I felt like I was following my husband's footsteps, but then I realized we were walking together.

Rain, I always enjoy reading how other writers work, too. I'm amazed at the writers that write scenes and fit it together, perhaps writing the ending first, and then the beginning, and then the scene before the ending, etc. I'm more of an ABC person and it fascinates me that it's possible to work any other way. Thank you for stopping by.

All I can say is, until you walk that mile in someone else's shoes, you don't know what private battles they're dealing with. As others have already said, you are an inspiration to all.

I'm humbled and honored to be in the sisterhood of the Prairie Roses. Thank you for sharing about your life.