Millie Donovan, the mail-order bride in my romance book, Millie Marries a Marshal, plans to settle on the Kansas prairie with a homesteader. But, things went array when the groom dies before Millie gets there, leaving her penniless and not knowing a soul in a strange town. My writer’s mind went into overdrive when I matched Millie, an Irish immigrant’s daughter with the town marshal, Adam Wilerson.

I looked up the history of American mail-order brides on Wikipedia and this was their summary.
“North American men found financial success in the migration west, but the one thing that was missing was the company of a wife. Very few women lived there at this time, so it was hard for these men to settle down and start a family.

They attempted to attract women living back East; the men wrote letters to churches and published personal advertisements in magazines and newspapers. In return, the women would write to the men and send them photographs of themselves. Courtship was conducted by letter, until a woman agreed to marry a man she had never met.

Many women wanted to escape their present way of living, gain financial security and see what life on the frontier could offer them. Most of these women were single, but some of them were widows, divorcees, or runaways.

A mail-order bride story can have so many scenarios, and I can see why they are a popular story line for anyone that likes to read historical or western romance books. I sure had fun writing it! Please read Rania Ropes a Rancher to start the Brides with Grit series, then follow with the second book, Millie Marries a Marshal. 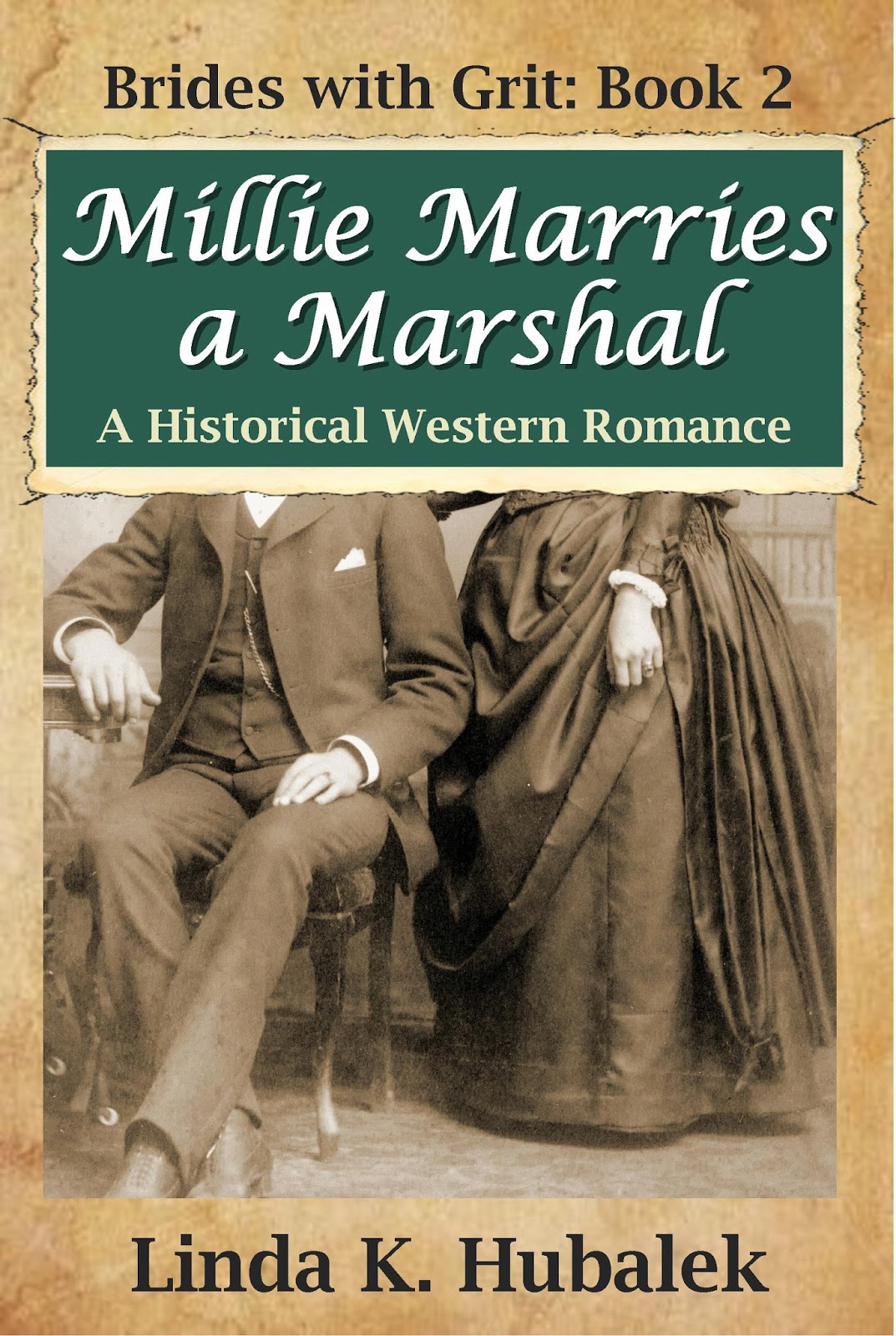 Mail-order bride Millie Donovan was looking forward to meeting Sam Larson, a Kansas homesteader, who she is sure, from reading his heartfelt letters, will provide her with the love and safety she wants and needs. Millie arrives on the train, not realizing that her husband-to-be was killed in an accident, until Clear Creek’s town marshal informs her of the situation.

Town Marshal Adam Wilerson never plans to marry due to his dangerous job. After reading letters found at his friend’s home following his untimely death which were sent from his friend’s mail-order bride, he can’t help thinking of the woman, and believes he may be in love with her himself. But instead of sending Millie on the train back to her former home, he finds himself welcoming her—and her two-year-old charge—into his house, and into his heart.

When danger threatens, Millie faces it head–on to protect the people she loves, including the town marshal.

Can Adam keep the peace in town—and his house—or will the man following Millie cause an uproar that will endanger them both, and ruin their chance of a life together?

Jacob Adam couldn’t believe he was walking back from the Reagans, holding a high chair slung over his back with one hand and cradling a baby potty chair against his chest with the other. It was only a three-block walk from the pastor’s house to his, but he’d found more people on the street watching him pass like he was a parade. Dang that woman and her child. No, dang it for Sam dying and leaving him to take care of his new family.

Mrs. Reagan could have filled a wagon with all the things she thought Adam should take to Sam’s intended new son. Adam tried to tell her that Millie and the boy didn’t need all this stuff, but he wouldn’t be surprised if Mrs. Reagan wasn’t walking behind him with her six boys carrying more things to his house. He was the grand marshal of a potty parade, not the respected marshal of Clear Creek.

Finally reaching his front porch, Adam stomped up the porch steps and set the high chair down so he could open the door. He turned the door knob, flung the door open—and jumped a foot off the porch floor when the toddler streaked past him, screaming at the top of his lungs—and buck naked. Good golly, now what will the townspeople think of their marshal?

Adam stepped back, expecting Millie to run past him next to sprint after the kid. After a few seconds he looked inside his house and saw no one, but he could hear female voices in the backyard.

He looked back to follow the path of the boy and realized he wasn’t in sight. Adam bolted off the porch not bothering to use the steps, frantically searching for the kid as he jogged down the street. He hated to have people hear him calling for the kid—if Adam could remember his name—but he didn’t think the kid would answer anyway. The boy seemed almost scared of him, but then Adam was a stranger.

Adam closed his eyes, with relief, and embarrassment. The boy was standing in front of the mercantile, petting—no, more like slapping—Henry Barclay’s old dog, who always laid at his master’s feet while Henry and his old friend Homer Johnston sat on the bench outside the store. And of course there were another five people standing around laughing at the child’s antics because it was a busy Saturday morning, as people were coming into town to do their weekly shopping.

“Okay, fun’s over everyone. I think this runaway citizen needs to be rounded up and carted off.” Adam tried to be official about it, but that was hard to do when the kid shrieked at the top of his lungs and dodged out of Adam’s path again.

He scooped the child up on a run and kept jogging back to his house, trying to get out of sight of everyone on Main Street. Adam slowed to a walk when he reached his porch. Just as he reached for the door handle, he felt a warm liquid running down the side of his body. He jerked the toddler back to see a little stream coming from the boy’s front.

CONTEST ALERT!!! Linda will be giving away a digital copy of Millie Marries a Marshall to someone who comments. Be sure to include your email address in your comment for a chance to win. 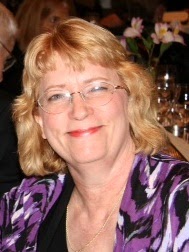 Biography
Linda Hubalek grew up on the Kansas prairie, always wanting to be a farmer like her parents and ancestors. After earning a college degree in Agriculture, marriage took Linda away from Kansas as her husband worked in engineering jobs in several states.

Meanwhile, Linda wrote about pioneer women that homesteaded in Kansas between 1854 to the early 1900s, especially her Swedish immigrant ancestors. Her historical fiction book series are Butter in the Well, Trail of Thread, Planting Dreams and the Kansas Quilter.

She also has a historical western romance series called Brides with Grit.

Linda and her husband finally returned back to Kansas, where they raised American buffalo (bison) for a dozen years.

Linda, I am so happy to have you on our TRR blog today. I wish you every success and happiness. Have a wonderful Thanksgiving.

Oh my gosh, does Adam have his hands full or what? I really liked the premise of this story, but when I read the excerpt, I more than loved it. No doubt in my mind that I will be glued to each and every page. Love the cover too. I adore mail order bride stories and my first Historical Romance, Only When the Loon Sings was one. An Irish immigrant sounds delightful and a macho Marshal too. Oh my, yes, yes, yes. Can't wait to read it. I've never read your books before, but will be sure to do so from now on. I know I'll relish this one. Wishing you much success with this and future ones also.