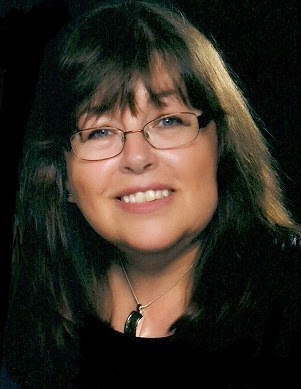 C. Marie Bowen writes paranormal adventures with suspense and romance. She grew up in Denver, Colorado and has a love for historical westerns and a good ghost story. Her life travels took her from Denver to Wichita, KS and finally settling in Texas. All locations you’ll find in her upcoming Soul of the Witch trilogy, beginning with book one, Passage. Look for Hunter’s continuing story in books two and three, Twin and Demon.

She is a member of Romance Writers of America, Fantasy, Futuristic & Paranormal Sub-chapter of RWA, and Savvy Authors.

Learn more about Marie's books, and works in progress at: www.cmariebowen.com

What is the most adventurous thing you’ve ever done?

I bungee jumped. My husband and I and our youngest son were on a visit to Colorado. We spent the day at Heritage Square riding the alpine slide and decided to try the bungee. No, I wouldn't do it again.

What adventure would you like to have that you haven’t done yet if money and skill were no problem?

I would go on an African photo safari or take a cruise around the world.

Who are some of your favorite authors?  What commonality do you see in them?

Robin Hobb, George R.R. Martin and Diana Gabaldon. Although their stories are vastly different, they write with such richness that you become part of their world. They are excellent world builders and their characters grow and change across the story.

I believe color says something about a person’s personality.  What’s your favorite color?
Hmm. I actually have two. One is a light burgundy. Darker than pink, lighter than wine. The other color is peach, not orange and not gold, but somewhere in between. They should never be worn together.

If you could have a do-over life, what one thing would you do differently?
That is so hard. Every choice would change where I am, and I'm pretty satisfied with how things turned out. I guess I wouldn't let the bullies see me cry in seventh grade, and I would have learned much earlier not to care what people thought of me.

What would you do again?
Have my kids. They are the best things, the best times and the best friends I've ever known.

What is your writing process from conception to finished MS?
I get an idea, or a character, or a setting. I set up a story board and throw every crazy idea at it. Then I organize the ideas. Some change, some fall by the way side, but eventually I have a loose chapter outline. Then I round up the characters and hope they cooperate. As any writer will tell you, they often have minds of their own. I follow the outline and write the story, then go back to the beginning and fix the POV's, backstory, pacing, etc. The first draft gets it all, then I trim.

Are you a planner, panster or both?
I'm the planner. The characters are the pansters. They wander off and misbehave. My husband once asked me what I was thinking about. I had to explain that I wasn't thinking at all. I was listening to two of my characters argue about what they were going to do.

How did you research for your book?
Hunter is a character in book two of the trilogy I'm writing. The research for Hunter and Lily Graham was done on line using maps, historical records, you tube videos, anything that would help.

How important do feel writing workshops are to any writer?
Essential. As with anything you do in life, you have to learn how to do it. Those skills are not simply bestowed upon you. Workshops are teachers helping students. You can be both your entire life, depending on what you know and what you are trying to learn.

If you could learn one new skill, fear and money no deterrent, what would it be?
I would learn how to ride a motorcycle.

If you had a million dollars to donate to any one charity, what would it be?
I'd need three million. Meals on Wheels for seniors, Women's centers (Medical and safe houses), and The Humane Society.

What advice would you like to give to an aspiring writer?
Write something. Take classes and join a writer's group. Enter contests. Find a critique partner, or three. Learn to take constructive criticism. Trust yourself enough to know that sometimes the critics are wrong.

Did anyone mentor you or help you along the way?  Please tell us about your mentor
and what you feel they contributed to your writing career.
I took a self editing class through RWA. The teacher was fantastic. One of her stories is in Vol. 1 of the Cowboys, Creatures, and Calico anthology. Linda Carroll-Bradd changed the way I look at my writing from the ground up. Next would be the two critique partners I have now, C. A. Jamison and Jodi Hale. They are both outstanding writers and I am very lucky to have fallen in with them.

What is the best advice anyone ever gave you?
From my mom:  Raising kids is easy. All you need to do is feed them and love them and let them grow up.

If you could live anywhere in the world you wanted to, where would it be?
(Language is no barrier)
There are a lot of places I'd like to visit, but only two places I'd like to live. Either in Denver, with my mom and family, or in Chicago with my two boys.

Where do you write?
At my computer desk in the front room.

How much time do you devote to writing each week?
Too much right now. I'm starting a business and the learning curve is kinda steep. I write every day for 5-6 hours. That includes editing and media.

Do you have a day every week that you take off?
On the weekends I like to hang out with my husband. Even then I usually get an hour of writing, critiquing, media or editing in.

What is a genre that you have not attempted that you would like to try?
Fantasy. Like Robin Hobb or GRRM, build a world from the ground up. 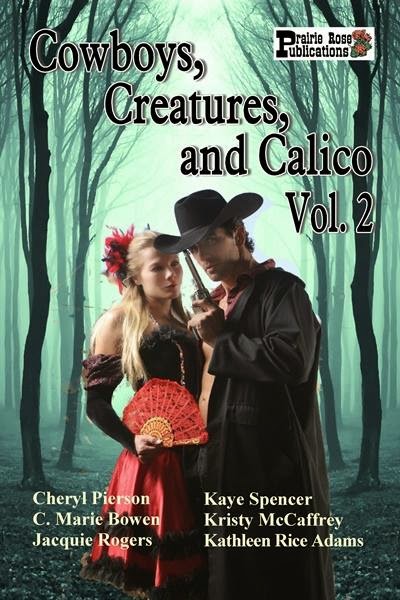 
Hunter will need his unusual tracking skills to help Lily Graham find a missing child. Dealing with Lily will be a different problem entirely.
Blurb:

Hunter hoped to beat the winter storms south, and be snug on a riverboat before the Kansas snow began to fly. Instead, his spirit guides sent him east toward Wichita, with no hint at what he would find. His Cajun upbringing fostered respect for his special talents, and life as a bounty hunter taught him to ignore those tiny voices at his own peril.

After collecting a bounty in Wichita, he thought his side trip was over. Then he saw Lily Graham. Beautiful and desperate, she fell to her knees and begged for his help. A child was missing and a young life was in danger. Hunter would need to call upon his extraordinary skills to find the child, but time was running out. And what would he to do about lovely Lily?
Excerpt:
Hunter stood and touched the door. It moved. He drew his revolver and glanced toward Lily. She was pinned to his side. He tipped his head to her, she nodded, and then he pushed open the door with the barrel of his Colt.
They moved into dark interior and Hunter stepped sideways, away from the door. From the back of the house, a chair scraped across the floor. Dim light spilled from the doorway ahead. He stood still and allowed his eyes to become accustomed to the dark front room. Senses extended, he could feel the room ahead, one man seated at a table. To the left, through the opening was another room. Susan would be there. He slid his gun into his holster.
Hunter stepped around a chair and put his back to the wall beside the opening. Wind blew the front door ajar and leaves skittered across the floor.
“Hummel?” the man in the next room called. “You back?”
The scrape of the chair again. Hunter watched the light from the doorway dim as the man stepped into the opening.
Hunter slammed his fist into the man's nose, and felt it dissolve beneath the blow. He followed the man as he stumbled into the kitchen, reaching for his gun. A quick slice across the man's windpipe, and he fell onto the table, and then slid to the floor. Hunter knelt and cleaned his blade on the man's pant-leg. He caught a glimpse of Lily's skirt as she disappeared into the adjoining room.
“Hunter …”
He rose, slid his knife into the sheath at his back and followed Lily into the room. The light from the kitchen lantern illuminated an empty cot.