Thanks to The Romance Room for the invitation to share a bit about my new release, HOME FIRES, and the area that influenced the story.  Today, I’m talking about Fort Ellis in Montana Territory. This fort played an important role in the development of Bozeman, Montana and in reuniting Cord Matthews and Olivia Bartlett.
Despite its location in the fruitful Gallatin Valley and the labors of early settlers, the future of Bozeman, Montana was anything but certain in its early years. The town’s dependence on the success of nearby mining camps and attacks by local American Indian tribes left many to wonder if the settlement, found in 1864, would thrive or die.  With the establishment of Fort Ellis three miles east of Bozeman, the town witnessed its first surge in growth and development.
Fort Ellis was established in 1867 in response to the hysteria caused by the murder of John Bozeman, allegedly killed by Blackfeet Indians.   Under the orders of Brigadier General Alfred H. Terry, commander of the Department of Dakota, Captain Robert S. LaMotte and soldiers under his command in the 13th U.S. Infantry constructed the garrison.  It took two years before Colonel A.G. Brackett arrived with two companies of the 2nd cavalry. The cavalry gave the installation the distinction of being the only early cavalry post in Montana.
The fort was named for Colonel Augustus Van Horne Ellis, who was killed at the Battle of Gettysburg.  The soldiers were charged to protect the agriculturally significant Gallatin Valley, area miners, and white settlers, and those traveling on the Bozeman Trail from “aggressive Indians,” mainly the Sioux and Blackfeet. 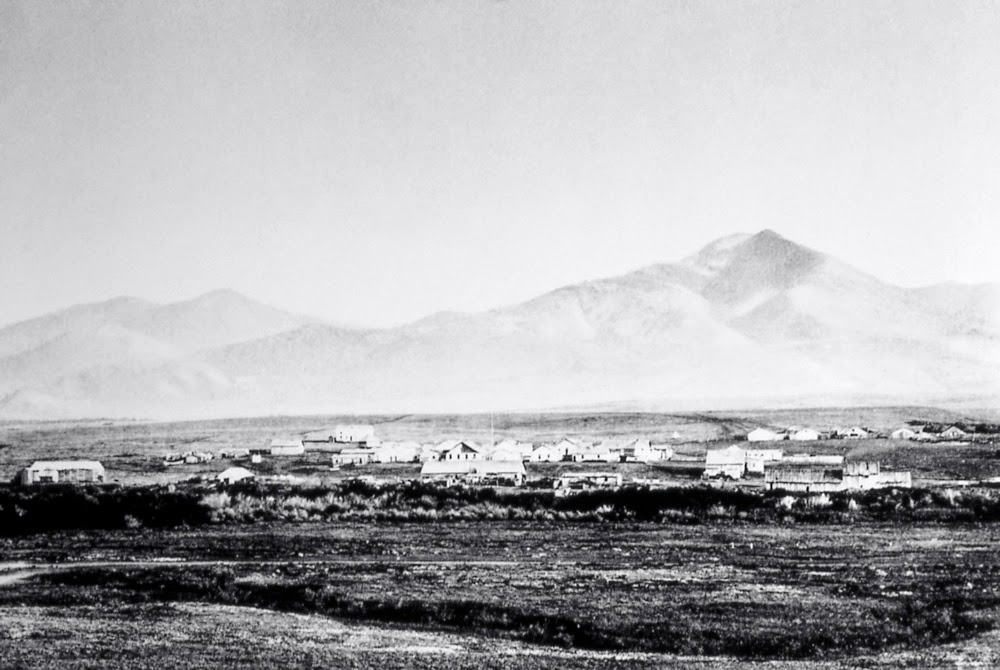 At its largest, the fort was comprised of three log officers' quarters, seven troop barracks, a hospital, an ammunition storehouse, office building, guard house, mess hall, store house, two granaries, five stables, a bakery, a laundry, a library, a court room, a sawmill, and various workshops.
There are no reported significant conflicts between the soldiers and Sioux or Blackfeet, but January of 1870 saw one of the most tragic events in the fort’s history. Orders from Lt. General Philip Sheridan came to the fort to strike at the Blackfeet and “strike them hard.”  Major Eugene Baker led Fort Ellis troops in a violent attack against a winter camp on the Marias River.
When the gunfire ceased, 90 women, 50 children and 33 men, most elderly and in 40 degree below zero weather, lie dead. Soldiers burned the lodges, destroyed winter provisions and took 140 women and children prisoner. Before the soldiers could get their prisoners to the fort, they found the captives were infested with small pox. In a despicable act, they left the women and children in the bitter elements without food or adequate clothing.
Upon their return to the fort, Baker and his men found they had mistakenly attacked a friendly group of Blackfeet who had recently signed peaceful agreements with the whites. The horrendous massacre was ignored in the West, while Eastern newspapers did not and reported on the event “…which will leave so dark a stain on our history.” 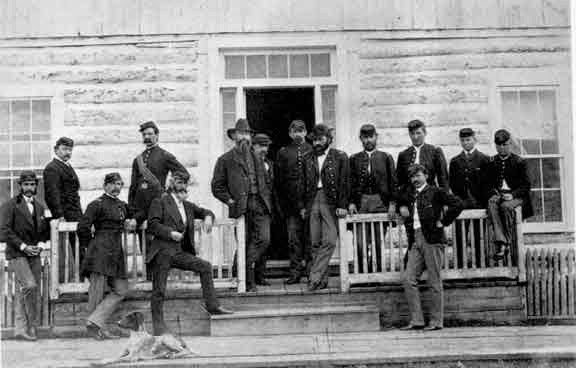 Col. Baker and soldiers (courtesy of National Park Service)
Fort Ellis did play an important role in the economy of Bozeman and the history of the town. At its peak 400 soldiers resided there, rivaling the population of Bozeman. With the sense of security provided by the fort more women and children settled in Gallatin Valley.
Soldiers squandered their pay at local saloons. Businessmen and ranchers also prospered from government contracts for supplies, horses, and beef. One year after the outpost was established Bozeman grew from a village of a dozen log cabins to a town of 150 people with 40 dwellings, three stores, a hotel, a gristmill, a blacksmith shop and two saloons. By 1870, Bozeman was a community of 574 people.
Soldiers from the fort served as escorts for the Northern Pacific Railroad surveying parties, erected telegraph lines, and built roads.  Among the cavalry units stationed at Fort Ellis was the Second United States Cavalry. An officer from the Second, Lt. Gustavus C. Doane, became well known for his exploration of Yellowstone National Park (the first scientific expeditions of Yellowstone).
The post’s importance waned by the 1880s, and in 1886 the government decommissioned the Fort Ellis. All buildings affiliated with the post were eventually demolished or relocated.

As mentioned above, Fort Ellis plays a significant role in my debut publication, HOME FIRES, and in the next installments of the series.  Both the benefits and tragedies of having a fort nearby are felt by the Matthews’ family, as it was by the early settlers of Bozeman, Montana.
Sources:
Malone, Michael P, Roeder, Richard B. et al. Montana: A History of Two Centuries.  University of Washington Press:  January, 1991.
http://www.bozemandailychronicle.com/realty/article_3a0c23ca-2375-51b4-ab34-1b6cef3bb7bb.html 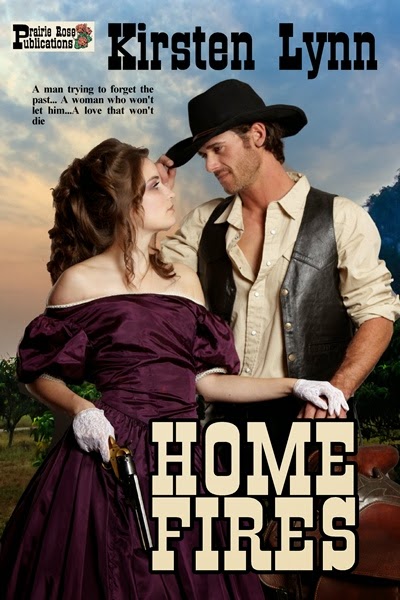 Cord Matthews sets his sights on the open Montana Territory when the War Between the States rips everything from him including his own heart, Olivia Bartlett. Cord builds a new dream, but a ghost from his past won’t let him forget what his heart wanted most.
Olivia Bartlett, forced to flee her home and the man who owns her heart, finds new purpose as a nurse to the wounded at Territory.  But war and separation haven’t diminished her love for Cord Matthews, or her stubborn belief he is coming for her. When tragedy steals another loved one and danger threatens her life, Olivia flees to , seeking refuge.
Reunited on the Montana frontier, can Cord and Olivia hold tight to their love despite the guilt each carries for a past they can’t change and defeat a danger who seeks their destruction? 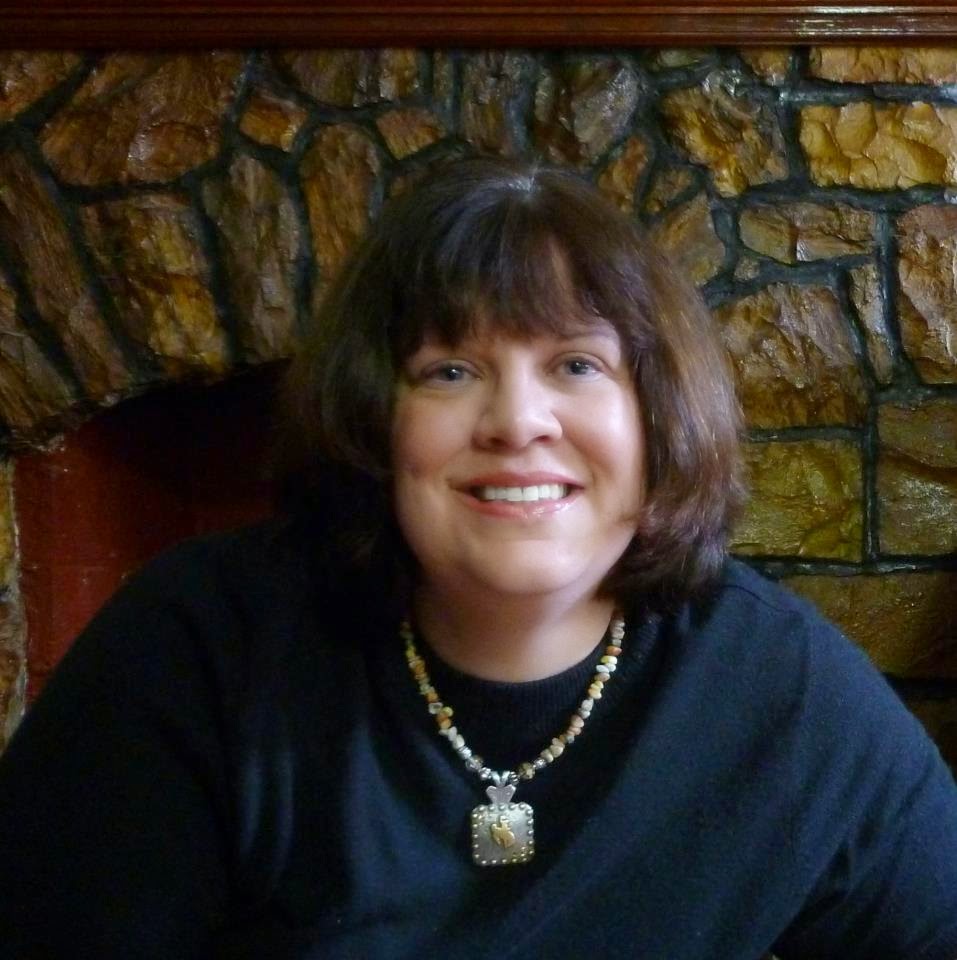 Kirsten Lynn writes stories based on the people and history of the West, more specifically those who live and love in Wyoming and Montana. Using her MA in Naval History, Kirsten, weaves her love of the West and the military together in many of her stories, merging these two halves of her heart. When she's not roping, riding and rabble-rousing with the cowboys and cowgirls who reside in her endless imagination, Kirsten works as a professional historian.

What a fascinating blog about Fort Ellis, Kirsten. I didn't know anything about it until I read your blog.
Loved all the pictures, too.
I wish you continued success.

Thanks so much for hosting me today, Sarah! I'm glad you found the information on Fort Ellis interesting. Western forts often have heroic and tragic histories.

Wonderful photos and article. Good luck with sales. All the best.

Thanks so much, JoAnne! Glad you enjoyed the article!

I'm gonna stick my neck on the chopping block and get it over with: Ya done good, Rustler. I learned something -- well, several things, to be accurate -- new from this post.

All right folks, move along. Nothing to see here.

It does my heart good to hear you learned a bit from my ramblings.

I loved your history of Fort Ellis. I never knew much about it before. I look forward to reading your book.