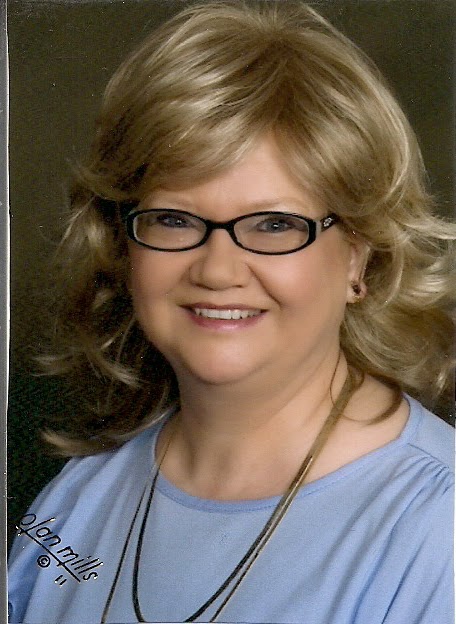 I have been a long-time resident of southeastern Ohio, and worked in the blue-collar industry most of my life. Besides having several novels under my belt, I canvas paint.
When not busy with hobbies or working outside the home, I spend time with relatives, my dog Jasmine, and volunteer my time within the community. I am a member of the International Women’s Writing Guild, Savvy Authors, Coffee Time Romance, Paranormal Romance Guild, True Romance Studios, National Writers Association, the Hocking Hill's Arts and Craftsmen Association, The Hocking County Historical Society and Museum, and the Hocking Hills Regional Welcome Center. I believe in family values and following your dreams. My books and original canvas paintings, can be found at: booksandpaintingsbyjoanne.com

When it comes to fiction writing, almost anything goes. That is why I love writing paranormal stories. The author can go completely over the edge and make something unbelievable seem believable. When it comes to ghost stories, I get a lot of my inspiration from real life experiences. Not necessarily my own either. I watch television programs that partake of the supernatural and paranormal flare. Programs from ordinary people who claim they experienced either an afterlife experience, or a haunting.

Some of the stories from my paranormal anthology, “Wicked Intentions” are based on actual hauntings. In The Legend of Lake Manor, I placed my young psychic, Cassandra Lopez, in a haunted mansion I fashioned on my knowledge of a three-story mansion in my hometown and information from television about a restaurant/bar in Ohio, supposedly ruled by demons so violent that the local police are constantly closing it down.

A television documentary about a young mother plagued by ghost sightings since childhood, inspired The Haunting of Barb Marie and her gift/curse.

And The Apartment, in which my newlyweds, Bill and Gayle, are plagued by sightings of evil ghosts that threaten their marriage and theirs lives, originated from a real apartment haunted by the ghosts of two homosexual lovers who died violently. The legend says no tenant is able to stay there until the spirits are chased off by a paranormal investigation team.

On the Discovery Channel, I got the idea for Summer Wind. I learned of the colonial explorer Jonathon Carver who lived during the 1700s and whose ghost is believed to be haunting the Summerwind estate, built in the early 20th century. Carver’s ghost is, supposedly, searching the house’s foundations for deeds to a vast tract of land (10,000 square miles) given to him by Sioux Indian chiefs as a reward for the peace treaty he created between two warring tribes. In my Summer Wind, 29 year-old Ginger is mysteriously drawn to the old mansion, and like the many owners of the real mansion, the haunting had a negative and profound effect on Ginger and her family.

Another investigative program concerned one sister’s psychic premonitions about her twin’s murder. This led to my story, Blood Ties, and my heroine, Audra Roper’s dark, disturbing visions of her sister’s disappearance and the roller coaster of risks, heartbreak, and intrigue that followed.

Dark Visions came from reading a newspaper story while sitting in a diner. A young woman began having visions of her father's disappearance that was actually his murder from years earlier. So, my Carrie Reynolds starts having nightmares on her twenty-sixth birthday and believes these ‘dark visions’ can solve the twenty year disappearance of her father.

I set my murder mystery, The Truth Behind the Lies, on Norfolk Island after following a three year long murder investigation on that island from 2003. In my story, Federal Police Inspector Ian Christian faces attacks, more murders and ghostly occurrences, and the killer is closer than anyone realizes.

So, the next time you get Writer’s Block, or need a new idea, try switching on the television, open a newspaper, delve into history or simply look and listen. You will find something to stimulate your muse. 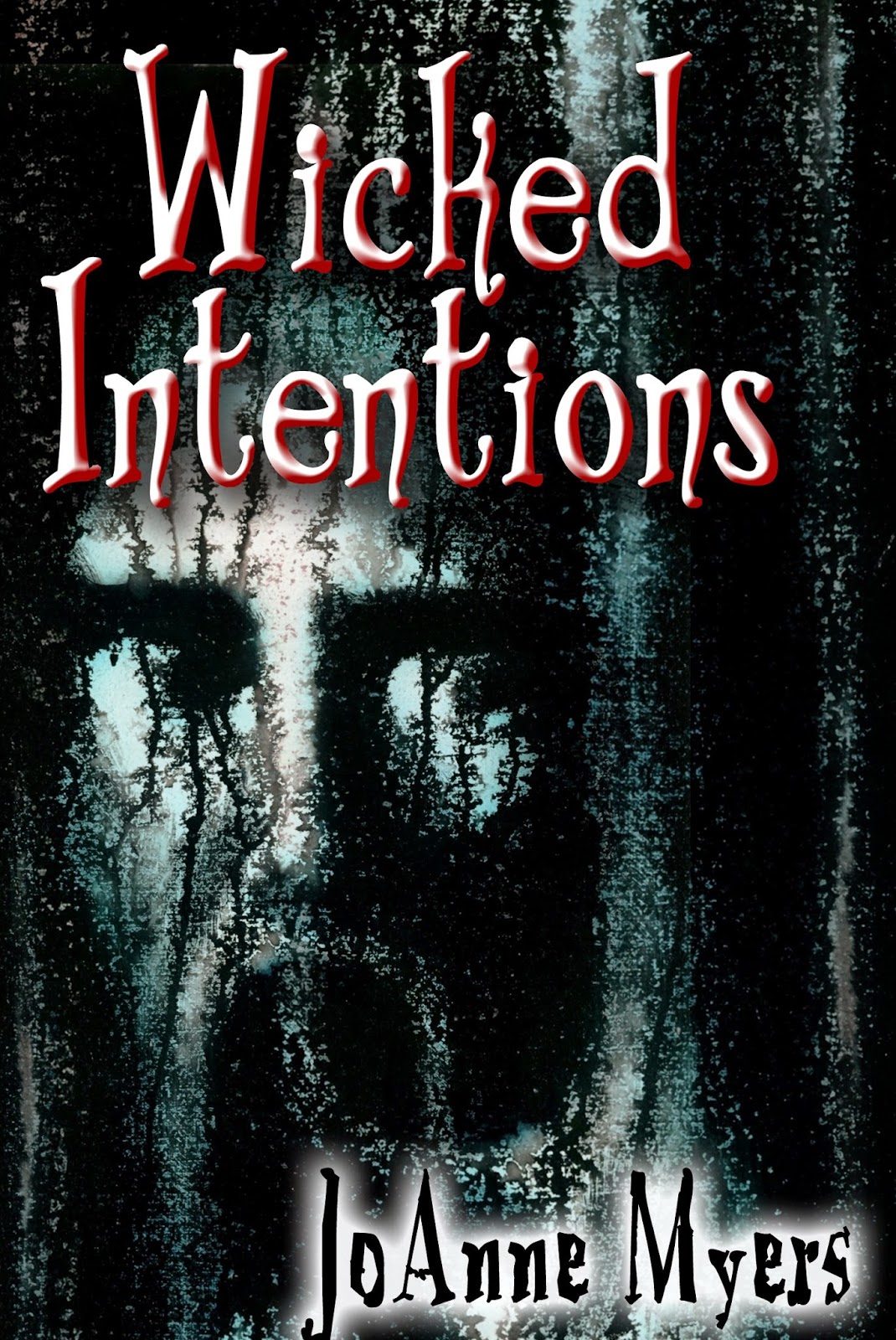 After the mysterious disappearance of twenty-six year old wife and mother Lisa Smalley, her twin,  Audra Roper, begins having dark and disturbing visions of Lisa’s disappearance.  Trying to survive while looking for Lisa, Audra’s life becomes a roller coaster of risks, heartbreak, and intrigue.

THE HAUNTING OF BARB MARIE

Even as a child, Barb Marie saw dead people. This took an unhealthy toil on her throughout her childhood and young adulthood.

When twenty-nine year old Ginger discovers the old mansion Summer Wind, she is mysteriously drawn to it. . Immediately, the haunting’s have a negative and profound effect on the family.

THE TRUTH BEHIND THE LIES-laying the Norfolk ghost to rest

Solving the brutal murder of American born Ruthie Geil becomes a gauntlet of attacks and more murders for Federal Police Inspector Ian Christian. Between the victims family, ex-lovers, and ghostly occurrences on Norfolk Island, the killer is closer than anyone realizes.

THE LEGEND OF LAKE MANOR

For the young psychic Cassandra Lopez, coming to the infamous and haunted mansion Lake Manor, was more like a mission.

When young newlyweds Bill and Gayle move into their new apartment, their lives are plagued with sightings of evil ghosts that threaten their marriage and lives.

When Carrie Reynold’s starts having nightmares on her twenty-sixth birthday, she believes her “dark visions” can solve the twenty year disappearance of her father.

“Wake up, sleepy head,” said a cheerful Kyle Roper to his snoring sister
Audra. Living next door with a key to her place, he often visited
unannounced…like this morning.

Audra stirred in her canopy bed, then slowly opened one bloodshot eye.
“Is it morning already?” she asked, releasing a Wild Turkey and Coca Cola
scented yawn.

“Wooo…weee…” said Kyle as he waved the noxious fumes away from
his face. “I’m glad you’re on vacation so you can sleep late. What time did you
bad girls leave the bar?”

“One hour after closing,” she said rolling onto her back and pushing her
long chocolate-colored hair from her mascara-streaked face. “I feel like crap.”

“Maybe sooo…but if you’re gonna take Mom to the hairdressers, ya got
less then an hour to shower and make it on time.”

“Eight a.m. is too early to be getting a perm. What’s wrong with that sweet
mom of ours?”

“She’s an early bird, unlike a pair of twins I know,” he said pulling back
the covers to reveal his sister’s Asian inspired silk pajamas. “I gotta go. I’ll call
ya later.” He then left the room as Audra reluctantly rose from her bed.

Immediately she felt a severe pain in her abdomen and cried out, alerting
her brother just before he reached the front door. He raced to her side and found
her kneeling on the floor, holding her stomach with both hands. “Audra, what’s
wrong?” He lifted her petite body onto the bed. “Do you need an ambulance?”

Her face twisted in agony. Each word was a struggle to release. “Lisa!
Lisa!” She sobbed, horrifying her big brother.

“What about Lisa?” He shook her to get a response.

“Lisa,” she whispered before fainting. Kyle was shaking with the
realization his other sister needed help. He grabbed the nearby telephone from
the side table and frantically dialed Lisa’s number.

On the third ring, his brother-in-law Doug Smalley answered. “Hello,” he
said with a grumpy tone.
“Doug, I need to talk to Lisa,” Kyle said with urgency.

There was a moment of silence. “Do you know what time it is? She’s
asleep. She didn’t get in till after four. She’s dead to the world.”

“Well then…tell her ta call me or Audra as soon as she gets up,” said
Kyle. “Don’t forget, Doug.”

“When could I ever forget my in-laws?” The line went dead.

“Bastard!” said Kyle before returning the receiver to its base.

At that moment, Audra regained consciousness. “I need to call Lisa.”

“Don’t bother. I already did, and she’s asleep.”

“Your stomach feeling better? How’s your head?” he asked, sitting down
on the bed next to her.

“Can you get me two aspirins from the bathroom medicine cabinet?” Her
older brother obliged. He returned shortly with the tablets and a glass of water.
Audra swallowed the pills and liquid then said, “Something has happened. I can
feel it. Like when we were kids and Lisa or me got hurt…”

“And one twin felt the other twin’s pain?” he said, finishing the
explanation.

“So you didn’t talk directly to Lisa?”

“No, but you and I both know it’s not just alcohol Lisa is prob’ly on.”

Audra rebelled at her brother’s accusations against their sister. “So you
believe Doug’s lies about Lisa using drugs?”

“Don’t forget I had a drug addiction once. I know the signs of a heroin
addict. When Lisa calls you, make it clear to her that she needs to get help if
she wants custody of the kids in the divorce.”

“And that’s exactly why she must get help. I gotta go,” he said, kissing
Audra on the cheek and leaving.

After hearing the front door shut, she remembered her previous obligation.


“Oh crap! Mom!” She jumped off the bed and into the shower.

Other books by Jo Anne:

"TWISTED LOVE," a true-crime anthology
"MURDER MOST FOUL" a detective/mystery anthology
"LOVES', MYTHS' AND MONSTERS'," a fantasy anthology
"THE CRIME OF THE CENTURY," a biography true-crime
“POEMS ABOUT LIFE, LOVE, AND EVERYTHING IN BETWEEN”

Even though I'm a total skeptic when it comes to ghosts and mediums, I am as intrigued as the next guy to learn of their existence. I watch the Haunting stories on TV and read stories with ghosts in them. I even write about them. I like that your paranormal work is inspired by the events around you. That makes them even more of a draw.
You have some very interesting hobbies, and I like that you volunteer your time to community charities.
All the very best to you, JoAnne.

Thank you Sarah for your kind words. The best of you also.