JoAnne Myers: Never Give Up 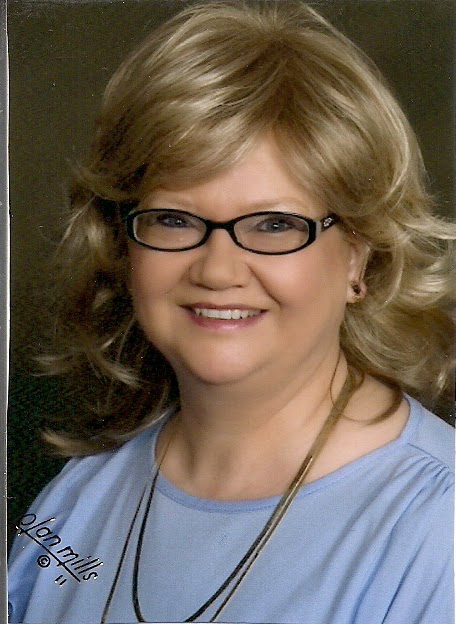 JoAnne has been a long-time resident of southeastern Ohio, and worked in the blue-collar industry most of her life. Besides having seven novels under her belt, JoAnne canvas paints. When not busy with hobbies or working outside the home, JoAnne spends time with relatives, her dog Jasmine, and volunteers her time within the community.
JoAnne is a member of the International Women’s Writing Guild, Savvy Authors, Coffee Time Romance, Paranormal Romance Guild, True Romance Studios, National Writers Association, the Hocking Hill's Arts and Craftsmen Association, The Hocking County Historical Society and Museum, and the Hocking Hills Regional Welcome Center.
JoAnne believes in family values and following your dreams. Her original canvas paintings, can be found at: http://www.booksandpaintingsbyjoanne.com

NEVER GIVE UP: by JoAnne Myers

For as long as I can remember, I have had an artistic flare-whether that be for writing, painting, sewing or drawing. I recall as a child how much I enjoyed drawing. The writing came later. My seventh grade English teacher was Mrs. Henderson-a young mother and wife. She gave us a writing assignment and after gifting me with an A+ told me I should consider writing as a career. She meant as a journalist. I did not take her advise and become a journalist (one of my many misgivings). My mind went toward other things as many young girls dream of-a husband, home, and family of my own. I put my love for writing and painting on hold for years.  I unfortunately married a man who like my mother never encouraged me to be artistic. It was not until my children were grown and I no longer had a husband, that I went back to my first love-art.  I got a late start, but always encouraged my children and others to partake of artistic endeavors.  I now have six books under contract with two publishing houses. So my words to you all, is that no matter what road you choose, never forget your passion, and always keep it close to heart.  Don’t let anyone or anything stop you from enjoying your natural talents.  You might need to put art on a temporary hold, but never ever give up. 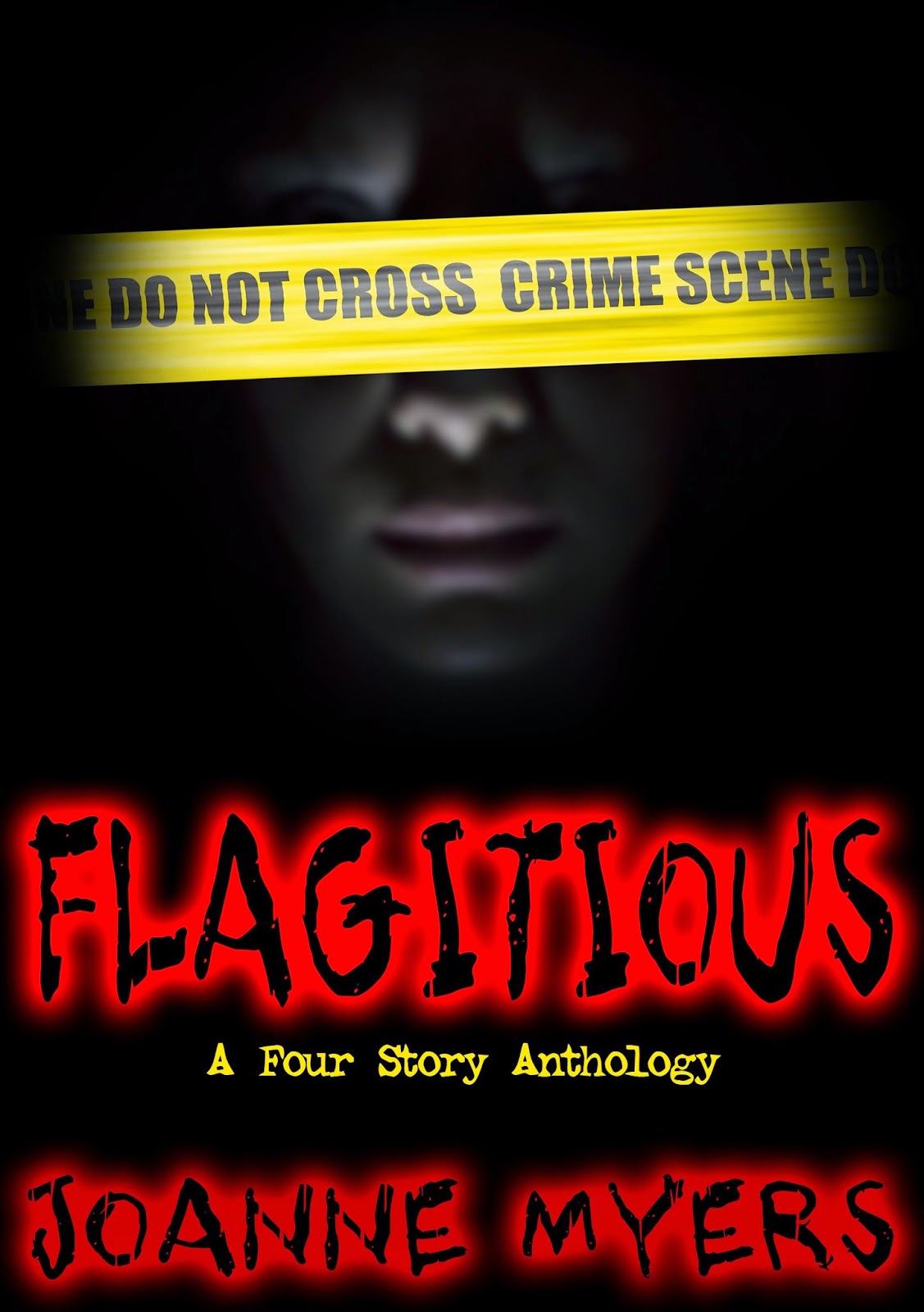 “Too Solve His Mother’s Murder”

After his Air Force career was interrupted by his mother’s untimely murder, Steven Moore, returned home. Met with a cold reception of lies, secrets, and threats, he is determined too find Wanda’s killer, even at the cost of his own life.  Was Wanda a victim of the legendary Hatchet Man? Was this loving and devoted mother killed because of her shady past, or for her inheritance?  Between finding the truth and falling in love, Steven stops at nothing, too solve his mother’s murder.

“The Other Couple’s Child”

Charlotte had it all. A loving and devoted husband. Supportive family and friends, and a house full of beautiful children. Everything was perfect for this Super Mom, until a medical procedure turns her life upside down, and spirals into a child abduction case. Time is running out. Will police arrive in time to save Charlotte and the other couple’s child?

Katherine Sims, a young widow working for a brokerage firm in a small southeastern town, is tired of the excuses concerning Charlie’s absence. She knows something terrible must have happened to her favorite nephew with the sad blue-eyes. After exposing the killer, Katherine’s life is turned upside down and she finds herself fighting for her life. Filled with maniacal suspects, a Satanic Cult, and danger around each corner, this story depicts one woman’s courage too avenge a child’s murder, while finding unexpected love.

New Detective, and ex-navel man, twenty-six-year-old Nick Difozzio, returns to his small county determined too abolish crime. Not until death knocked on his door, did he know the face of evil. Will the decorated veteran destroy the Lycanthropes, or will he succumb to their murderess desires and become one of them? He took an oath too protect, honor, and uphold the law, but can he defy the lust, riches, and power offered, or are the ‘dark forces’ stronger than his will?

Excerpt from “The Tarot Card Murders”

The Scene:  Detective Nick Difozzio has been called to another bizarre murder scene, located in the abandoned industrial section of town.

An abrupt silence you could cut with a knife filled the room. “Shape-shifters?” said one from the group. “You mean like a Yeti turns into a deer to avoid those who track it. Or the Lock Ness monster turns into a log.”
After Ted and the others poked fun at his fantastic idea, Nick laid it out, “Not exactly. But certain creatures are believed to have shape-shifting powers of one sort or another, and what other possibility is there to explain these bizarre murders?”
“Well, we could have a psychopath lurkin’ around. Or a nutty drifter or escaped convict,” Ted said. “But it doesn’t take a brain surgeon to understand that, if shape-shifters do exit, they would be very elusive creatures, nearly impossible to detect and capture. What does take a lot of imagination, is believing in shape-shifters.”
“Yeah, I guess you’re right. I’ll see ya tomorrow,” Nick said. Once outside, he noticed the full moon, and wondered, who will die tonight? On reaching his vehicle, he discovered a surprise in his passenger seat.
“Denise, what’s going on?” he asked via the driver’s window.
With teeth white as snow, she said, “Well, sugar, I was thinkin’ about the last time you were at my house. You remember, when you cabbaged my safe contents so foolishly?”
With a chuckle, he nodded. “Honey, the only foolish thing I did that night was fail to realize the money in the safe was counterfeit. But I bet it’s all gone now.”
“And I bet you’re right,” she smiled. Just then, Denise’ partner in crime, twenty-two-year-old Wendy Goss zapped the lawman with a stun gun from behind, dropping him like a hot potato.
Jumping from the vehicle, Denise removed Nick’s gun and cell phone, placing them under the seat. Afterward, both women placed him in the backseat. Getting behind the steering wheel of Nick’s car, Denise drove his Mustang, while Wendy followed in her Firebird.
Halfway to the destination spot, Nick regained consciousness. With his gun gone, he played dead, hoping to find the gang’s hangout. Soon both vehicles stopped. Denise exited the Ford then helped Wendy search the Firebird’s trunk, for items needed for Nick’s demise.
“Someone better keep an eye on the cop,” Wendy said.
“Don’t worry, that pig’s out cold,” Denise said, finding rope. Peering out the back window, Nick realized he was on an abandoned farm. Searching for landmarks, he memorized a foreclosure sign reading Stonewall Realty.
Uncertain if the girls were armed, Nick made the decision to strike now or never. Disabling his car’s dome light, he cautiously retreated from the backseat. As quiet as a mouse, he snuck up on the chattering women foraging for items to gag and bind him.
As soon as the murdering beauties were finished gathering their supplies, Denise slammed the trunk shut. Immediately Nick punched her between her baby blues, knocking her to the ground before turning on Wendy.
Struggling with the yellow-haired lady, who, like her partner, was trained in Judo, Nick swapped blows with the tall slender gal and encountered a high degree of skill. Then, recovering, Denise attacked him from behind with a blow to his ribs, bringing him to his knees. Both women struck like tigers from all sides.
Doing his best to avoid their most deadly kicks, Nick used every device not nailed down as a weapon against the feisty felines. First, his leather belt with the sterling silver buckle, then, a stray piece of firewood left behind by the homeowners. Across the parking area, the trio fought. Nick matched his street skills against the trained martial artists as each one fought for their own reasons.
The gallant cop battled for his life and self-respect, while the women fought for control over the detective representing the authority they loathed. Or perhaps, Denise and Wendy’s desire for domination extended to include the entire county, not just the town, thought Nick. Whatever the reason, they’re formidable.
Bruised and bleeding, the women fought until Nick broke Wendy’s arm. Seizing the opportunity to get away, she escaped in her vehicle leaving her comrade helpless and easily overpowered.
“Get off me, you bastard!” Denise screamed as Nick slammed her to the ground, cuffing her.
“You’re under arrest.” Wiping the blood from his lip, he threw her into his vehicle then drove to the local hospital. On the way there, Nick phoned headquarters, “I got one of the blood members. We’re on our way to the ER.”

Other books by JoAnne:

"WICKED INTENTIONS" a paranormal/mystery anthology
"LOVES', MYTHS' AND MONSTERS'," a fantasy anthology
"THE CRIME OF THE CENTURY," a biography true-crime
“POEMS ABOUT LIFE, LOVE, AND EVERYTHING IN BETWEEN”
"TWISTED LOVE," a true-crime anthology
“MURDER MOST FOUL,” a detective/mystery

I'm glad you didn't give up on your art, JoAnne. It is difficult to pursue a passion, even when you have great talent, when those you love don't support you. It's like trying to run through deep water; you know where you want to go, but getting there is made harder.
I wish you all the very best.

Thank you Sarah. You always give such nice encouragement.

Love your advice. I think of lot of us, including me, got late starts, but never ever gave up. Good for you. And all the best in your writing.

Thank you Carol for your kind words and for stopping by. The best of luck to you also.